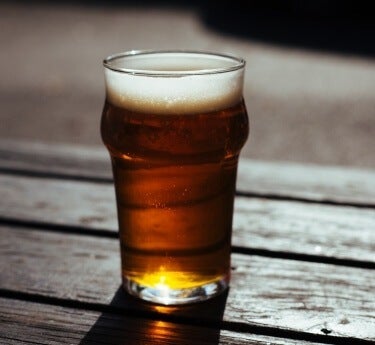 A DUI is one of the most common criminal offenses in the United States. A DUI is also a serious criminal charge that can have severe long-term consequences. The ramifications of a DUI conviction could include license suspension, raised insurance premiums, participation in drunk driving education programs, court-mandated community service, and even jail time.

Penalties for a DUI are largely dependent on your previous offenses. For a first offense, penalties could include up to 48 hours in jail, fines from $250-$1,000, and a 90-day license suspension.

Penalties for a second offense include jail time ranging from 5 days to 1 year, $600 to $1,500 in fines, and a license suspension of up to 2 years.

Unfortunately, the effects of a DUI conviction can linger on even after you have paid your fines and fulfilled your legal obligations. A DUI can strain your professional and personal relationships, as well as, harm your work and scholarship eligibility. Luckily, a DUI charge does not necessarily mean you will be slapped with a DUI conviction.

Why Hire A DUI Attorney?

You could fight your DUI charge alone, but your chances of success increase greatly with the help of an experienced DUI attorney on your side. DUI attorneys possess unparalleled knowledge of the court system and plea bargain details, along with the ability to navigate through complex administrative procedures.

A DUI attorney can be an invaluable asset to your case and can help you craft a defense to avoid conviction or harsh penalties. In many cases, there are defenses available that can render your DUI charge inadmissible.

How Do You Fight A DUI Charge?

There are several defenses available for a DUI arrest. The most common defense is a lack of probable cause. An officer needs probable cause to be able to stop, detain, and arrest citizens. If no probable cause can be proven, then any evidence obtained during arrest can't be admitted from trial.

Yet another defense in a DUI case is an absence of Miranda warnings. By law, a police officer must declare your Miranda rights during arrest. If the rights are not proclaimed, or are recited incorrectly, then certain evidence may be excluded at trial.

In addition to these defenses there are several other tactics a DUI attorney may be able to provide. Additional defenses include valid proof of a medical condition that would affect a field sobriety test, contradicting witness testimonies, and compelling arguments against an officer's behavioral testimony.

Did you know that…

DUI arrests usually begin with a traffic stop or checkpoint.  The officer typically asks you to perform a series of field sobriety tests and blow into a portable breathalyzer.  Subsequent to the arrest,

the officer will ask you to take a breath test or blood test at the police station, jail or hospital.  Failure to take this test may result in stiffer penalties and immediate suspension of your drivers' license. 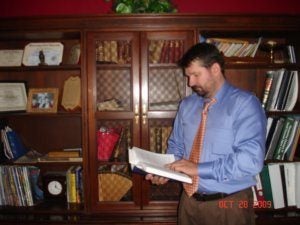 For most misdemeanor DUI arrests, you will be released within a few hours of arrest and booking and the posting of bail.  Two documents should be given to you upon release:  a ticket to appear in court and a document allowing you to drive for thirty days, unless it is a DUI Refusal.

Never assume you are guilty when charged with a DUI.  Many people feel overwhelmed when they receive a ticket for DUI in Mississippi.  Suddenly you are thrust into a world of police investigations, courts, license suspensions, attorneys, judges, and the possibility of facing time in jail.

It can be tempting to just take whatever the prosecutor in your case has to offer, simply to get the ordeal over. NEVER MAKE THAT MISTAKE!

Wayne Housley can help.  He has been practicing over 22 years and assists his clients so that the best possible result can be achieved based upon the facts and law related to your case. Pick up the phone, email or make an appointment so that his experience can work for you.

Probably the worst thing about a DUI conviction is the long-term consequences:  a permanent criminal record and a bad driving record.  A top-notch DUI defense attorney gives you your best chance of avoiding both.  We invite you to call and discuss your case and explore all options for fighting your DUI case.

Mississippi DUI laws are becoming more complicated.  William Wayne Housley is an extremely knowledgeable and experienced Mississippi DUI attorney. If you are pulled over for suspicion of drunk driving and the officer smells alcohol, chances are, you will be arrested for a DUI. The effect of being found guilty can have a profound impact on your career and your family, not to mention your wallet.

You need a DUI attorney you can be confident will represent you well. If you have been arrested for drunk driving or driving under the influence of drugs, contact William Wayne Housley immediately.